A federal judge in Florida has sanctioned former President Donald Trump’s legal team with financial penalties for bringing a “frivolous” lawsuit against Hillary Clinton and other Democrats earlier this year. Trump’s attorneys were sanctioned with $50,000 for displaying a ‘cavalier attitude towards facts.’

In a 19-page stinging opinion, U.S. District Judge Donald Middlebrooks stated that Mr. Trump’s attorneys, led by Alina Habba and Peter Ticktin, had a “reckless disregard for the truth” throughout the brief course of the case.

Habba appeared on Fox News’s “Hannity” and “continued to further Plaintiff’s allegations after the court pointed out the “deficiencies” in the civil case, according to the judge.

The court included a portion of Habba’s September 10 interview in which she criticized Middlebrooks as a “Clinton judge” who “basically ignored every factual basis” for the complaint.

The judge, who dismissed the lawsuit in September, ordered Trump’s attorneys to pay a combined monetary penalty of $50,000 to the court and to compensate Charles Dolan for nearly $16,200 he spent defending himself in action.

“Additional punishments may be warranted,” the court said after speculating that the attorneys’ conduct may merit “consideration from the Bar and disciplinary authorities.”

The fines were imposed two months after Middlebrooks dismissed the lawsuit, characterizing it as a “two-hundred-page political manifesto.”

Mr. Ticktin declined to answer when requested. Our plans to appeal this judgment shouldn’t surprise anyone, according to Ms. Haba. She published a statement in September supporting the action, claiming that Judge Middlebrooks misapplied the law when he rejected it.

Mr. Dolan was one of over thirty defendants listed in Mr. Trump’s complaint, which alleges a broad conspiracy to rig the 2016 presidential election by accusing the Republican nominee of collaborating with Russia.

In his complaint, Mr. Trump referred to Mr. Dolan as a person with close links to the Clinton campaign. In Thursday’s judgment, Judge Middlebrooks stated that Mr. Trump’s complaint contained several false allegations regarding Mr. Dolan, including his residence and the nature of his links to Mrs. Clinton. The court said that Mr. Trump’s attorneys dug down on these bogus charges despite being given proof to the contrary.

Trump claimed tens of millions of dollars in damages, alleging, among other things, breaches of the RICO Act, a federal statute designed to combat organized crime.

In Thursday’s verdict, Judge Middlebrooks, who was nominated to the bench by former President Bill Clinton, stated, “This was a shotgun lawsuit,” Thirty-one people and organizations were called to court and were obliged to employ attorneys to defend themselves against meritless allegations. There was only one thing they shared, and that was Mr. Trump’s hate, Jude Middlebrooks. 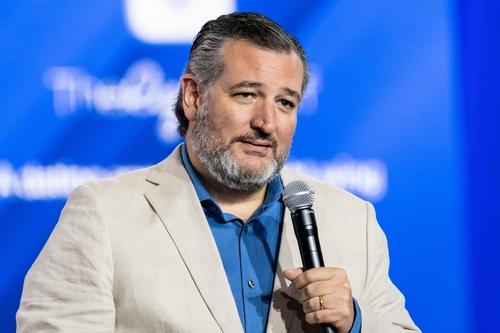