Former President Donald Trump may be moving closer to launching his presidential bid in 2024 now that the midterm elections are nearing completion.

According to Axios, individuals close to Trump have discussed making an official announcement on November 14. Axios reports that nothing has been confirmed, but Trump teased the crowd during a rally in Iowa on Thursday.

Trump stated he would almost certainly do it again in order to make our country successful, safe, and glorious…that is all he was saying to get ready — very soon. “Get ready,” Trump declared during the gathering.

However, neither Trump nor his staff has made any public statements about the possibility of another presidential candidacy.

According to CBS News, a Trump spokesman, Taylor Budowich, clarified that he had no comment on the endless speculation in the media.

As President Trump has stated, Americans should vote for Republicans up and down the ballot, Budowich added. He reiterated that message in Pennsylvania.

According to Axios, Trump’s announcement may be influenced by the outcome of Tuesday’s midterm elections and how the Republicans fare.

FiveThirtyEight now predicts that Republicans will gain control of the Senate by a slim margin. The prediction is that the Republican Senate is expected to be 55-45.

However, as FiveThirtyEight pointed out on Thursday, the midterms do not appear to be a “red wave,” so be prepared for anything. Instead, it appears to be more of a red ripple. But that doesn’t mean a red wave is impossible, the polling site noted.

Trump has been traveling across the country for rallies already, despite the absence of a formal announcement, and now many are looking to the future of his genuine campaign and how it could perform.

The real question is whether additional major rivals will run. If President Trump runs, he will be extremely tough to beat for any Republican, Priebus added.

Despite the revelation from Axios that Trump’s staff appears to be contemplating a specific date for an announcement, many voices still oppose Trump’s running for president again.

As predicted, Twitter is buzzing with reactions to Trump’s candidacy. As the Axios piece regarding prospective announcement dates was tweeted and shared, it received hundreds of responses.

“I am physically disgusted by the prospect of a Trump presidential candidacy,” one Twitter user said.

“We want him back,” said another.

CBS said that Trump had made no official statements since last Saturday, when he told Americano Media, a Spanish news site, that he would inform the public about his future intentions as soon as possible.

“I have already, in my mind, made it.” But very soon — and I will announce it very soon. He will notify everyone as soon as possible. Trump stated. 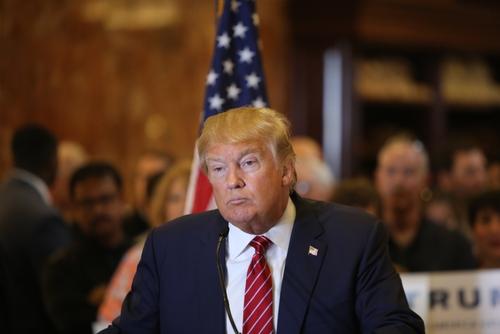 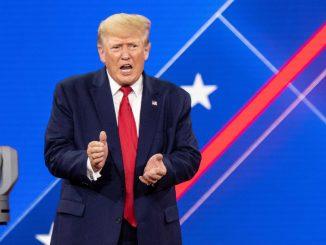