The October inflation data is anticipated to support a half-percentage-point increase in interest rates next month, slowing the rate of extraordinarily rapid rate hikes in recent months. Thursday, the Labor Department announced that consumer prices grew more slowly in October than in prior months. The core price index, which excludes volatile food and energy goods, increased by 0.3% in October, the lowest monthly increase in a year, and by 6.3% annually, down from 6.4%.

A short while ago, the Fed authorized its fourth straight rate rise of 0.75 percentage points, putting the federal funds rate between 3.75 percent and 4 percent. The data released on Thursday offers investors hope that interest rates will not need to increase far over 5%. Before suspending rate rises, some officials have said they would prefer to see a string of lower inflation readings, and Thursday’s report reset that clock.

Fed policymakers have been searching for indicators of a possible inflation decline. However, following dismal readings in August and September indicating that price pressures were broader and more persistent, they planned to hike interest rates to higher levels the next year and postponed until the following month any intentions to limit the rate of rises.

The financial markets rallied on Thursday due to a report that suggested the Fed may not need to hike interest rates as much as originally predicted to curb inflation. Chairman Jerome Powell and other central bank officials have hinted over the last week that they would prefer to pause the pace of rate hikes, even without convincing evidence that inflation was moderating. Instead, they have attempted to focus on the potential rate increases.

Mr. Powell signaled last week that more persistent pricing pressures, bolstered by robust consumer demand and a tight job market, might force authorities to raise interest rates next year to slightly higher levels than anticipated at the summer’s end. Most policymakers estimated that rates would need to increase to between 4.5% and 5% by early next year.

During a webinar on Thursday, Federal Reserve Bank of San Francisco President Mary Daly said that one month of positive inflation data is not a win.

The analysis underlines how forthcoming economic data will likely influence how long policymakers continue to raise interest rates after December. Indicators that the labor market is robust and incomes are growing quickly could argue for a longer interval between rate hikes. In contrast, indicators that wage growth is decelerating and inflation is cooling would bolster the case for officials who want the central bank to pause rate hikes shortly.

Even before Thursday’s news, some Fed presidents had signaled that they were prepared to pause the pace of rate hikes at the Fed’s next meeting on December 13-14, even if inflation readings did not improve significantly between then and then.

In an interview last week, Susan Collins, president of the Federal Reserve Bank of Boston, stated she has always believed that as we came closer to the point where we assessed monetary policy to be appropriately tight, it would make the most sense to make smaller adjustments.

Thursday, at a lecture in Houston, Dallas Fed President Lorie Logan stated that the decrease in rate hikes was not especially directly tied to the incoming data. She stated that the efficacy of the Fed’s rate policy stemmed from the larger strategy of how high rates rise and for how long they remain at that level.

At the outset of their next meeting on December 13, Fed officials will get a new month’s inflation statistics from the Labor Department. After Thursday’s data, investors in interest-rate futures markets placed an 80% likelihood of a 0.5-point, or 50-basis-point, the rate increase in December, up from around 57% before the announcement. According to CME Group, the possibility of a fifth 0.75-point rate increase decreased to around 20%.

Officials are hiking interest rates at a rate not seen since the early 1980s. Since 1994, they had not increased rates by 0.75 points until June. Officials at the Federal Reserve want increased borrowing rates to impede economic activity by reducing spending, hiring, and investment, which, over time, should lower demand and reduce inflation. These hikes have already caused a significant slowdown in the housing market.

Patrick Harker, president of the Philadelphia Federal Reserve, stated Thursday in Philadelphia that a 50 basis point rate rise would still be substantial. The pandemic dramatically increased spending on products while decreasing demand for services. Until recently, Fed officials had hoped that the imbalances that feed inflation would diminish as the mix of expenditure shifted.

Fed analysts have long predicted that the prices of secondhand automobiles and furnishings, which surged dramatically last year, would fall. As price cuts for several of these commodities intensified, Thursday’s data suggested this trend may be gaining traction. Seasonally adjusted household goods prices experienced their greatest monthly decrease in nearly two years in October, while used automobile prices declined 2.4%.

Meanwhile, the prices of service-sector products, such as auto repairs and pet care, that had experienced rapid price increases in previous months did not accelerate further in October. Several categories, such as medical care, showed price falls.

Top Fed officials have recently expressed concern that even if commodity prices continue to fall and prices of goods decelerate as supply-chain disruptions subside, inflation could run unacceptably above the Fed’s 2% target because wage growth, soaring gains in asset prices, and a substantial savings cushion could support increased consumer spending.

Consequently, the cost of labor-intensive services may remain excessive.

To encourage consumers to keep their savings instead of spending them down and adding to inflationary pressures, a higher interest rate may be necessary for some time due to the greater consumer demand. Esther George, President of the Kansas City Fed President Esther George, said Thursday at a conference in Houston.

President of the Federal Reserve Bank of Cleveland, Loretta Mester,  stated that interest rates had just risen to levels that would limit economic growth based on inflation. In a webinar on Thursday, she said, given the current level of inflation, its broad-based character, and its persistence, she believes the monetary policy will have to become more restrictive over time. 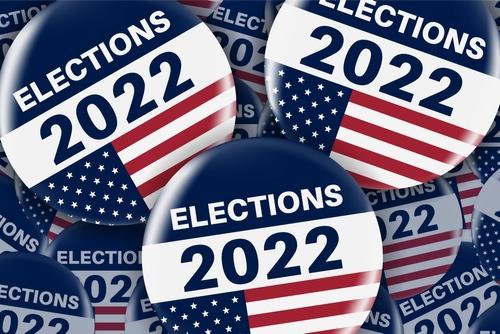 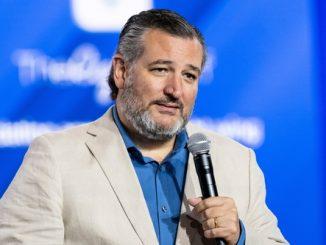