As wealthier Californians continue to leave the state’s burdensome taxes, the legislature has found a means to “eat the rich” even after they have left the state.

Whether considering business headquarters such as Elon Musk’s Tesla or private people such as podcaster Joe Rogan, conservative areas such as Texas have become a refuge for those seeking to escape the persecution of progressives. Instead of examining budget cutbacks, California has a $22.5 billion deficit; Assemblyman Alex Lee (D) is one of the multiple state lawmakers in the United States seeking to promote a wealth tax.

Introduced on Thursday, Lee’s plan asks for a 1.5% “global net worth” tax beginning in January 2024 for people whose qualifying assets exceed $1 billion. Two years later, a new threshold of $50 million would be applied for a 1% tax, and a further 0.5% tax would be placed on persons with net worths above $1 billion.

As worded, if taxpayers could not provide the funds to pay the tax on these non-liquid assets, they would be required to continue making yearly filings with the state’s Franchise Tax Board until they received compensation, even if they had moved out of California.

On Friday, Lee boasted about his idea on Twitter, writing that the working class has carried the tax load for too long. Lee said they had introduced #ACA3 and #AB259 in California to tax the ultra-wealthy and invest in all Californians. By hoarding their money through assets, the ultra-rich pay next or nothing. Lee said it was “Time to end that.”

Lee told the Los Angeles Times that this is how they would continue to solve the fiscal challenges and that the solution would plug the entire hole.

According to his estimation, the new wealth tax would apply to 0.1% of the population and raise $21.6 billion in income.

However, critics such as the vice president of state projects at Tax Foundation, Jared Walczak, pointed out pitfalls beyond potential constitutional challenges. He told Fox News Digital that the proposed California wealth tax would be economically destructive, difficult to administer and force many wealthy residents to leave the state.

The bill sets aside up to $660 million per year for administrative costs alone, or more than $40,000 per prospective taxpayer, illustrating how difficult such a tax would be to administer, he continued, adding, in California, which is home to so many tech startups, a wealth tax could be particularly destructive since the owners of promising businesses could be taxed on estimated business values that never materialize. Few people would pay wealth taxes, but many would bear the cost. The only individuals who should truly support a wealth tax in California are those who work in the economic development office in Texas.

According to research, the wealthiest one percent of taxpayers currently pay approximately half of state income taxes in states such as California. Luring them away will further reduce future revenue. Progressives have refused to reduce spending despite this fact, and other states that introduced wealth tax bills this week included Connecticut, Hawaii, Illinois, Maryland, Minnesota, New York, and Washington. 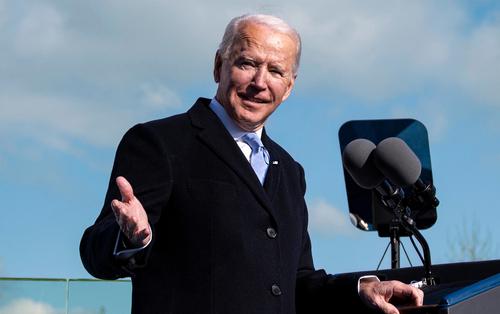